Today, the majestic castle of Soutomaior has nothing to do with the originally military fortress of the 12th century. Over history, it was the centre of feudal power, the setting of many battles, and the summer residence of the noble families. Today, it is a historic site open to the public with a garden recognised as an International Garden of Excellence. The current magnificence of the building has been the result of several renovations and alterations.

Its origins can be traced back to the reign of Alfonso VII, when a military construction was built in a strategic location in the town of Soutomaior. On a hill at 119 metres above sea level at the bottom of the Ría de Vigo, the castle was near the coast but protected against the sea incursions of the Normans, the Turkish or pirates. It also controlled the communications from north to south, and dominated the valley of the Verdugo River, from its confluence with the Oitavén River to its mouth.

Apart from having a strategic and defensive position, the castle was also situated in a fertile land, so it was the perfect spot to rule over the domain. 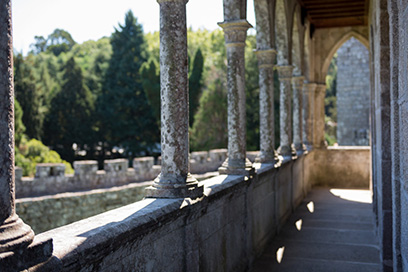 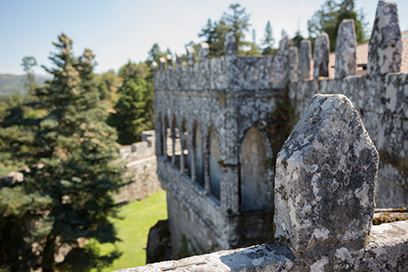 In the 15th century, the defensive tower was turned into a two-walled complex. At that time, the castle was closely linked to Pedro Álvarez de Sotomayor, popularly known as Pedro Madruga, who held the title of Count of Camiña, Viscount of Tui, and Mariscal of Baiona. There seems to be evidence that Cristopher Columbus and Pedro Madruga were the same person, since they had friends and rivals in common, and about one hundred places discovered in the New World were renamed with place names from As Rías Baixas

The castle, which had been destroyed during the peasant revolt, was rebuilt again and adapted to the use of firearms, recently introduced in Galicia

Pedro Madruga turned the fortress of Soutomaior into his centre of operations during the power struggles in Galicia. He was in dispute with the Church hierarchy and other nobles, such as the Sarmiento family, and he supported Joan la Beltraneja during the War of the Spanish Succession.

The castle had been partially destroyed during the Irmandiño Revolt, and Pedro Madruga ordered its reconstruction. At the same time, it was adapted to the use of firearms, which had been recently introduced in Galicia by Pedro Madruga. At that time, the castle lived its period of splendour.

Over the following centuries, the fortress went through a long period of decay, mainly due to family disputes. Almost at the turn of the 19 th century, it was passed to Benito Fernández Correa, who placed his coat of arms at the main entrance. In the 19th century, the Marqués de la Vega de Armijo became the owner of the castle, and this would be reflected in its structure, as the balcony known as Galería de Damas was built. Thus, it would become half fortress, half neo-Gothic palace and it became the family’s summer residence.

Its spectacular park and gardens, which replaced the cornfields, also date from that time. These are incredibly rich in botanic species and include a collection of camellias and very old tress. The oldest are the eight-hundred-year-old chestnuts. The Marquis’ niece, María Vinyals, inherited the property. She was a writer, a polyglot and a defender of women’s rights. This noble woman, who was known as the Marquesa Roja (Red Marchioness), was born and raised in this historical fortress in the valley of the Verdugo River. Throughout her live, she would make friends with other renowned women of the time, as Emilia Pardo Bazán or Carmen de Burgos, and the castle would become a meeting place for artists from different disciplines. She was also an avid traveller, but in spite of all the places she visited, she never forgot her origins and said she was in love with her homeland. In fact, she would write about its beauty, and about the fortress and the historic events that took place in the area.

The castle was acquired by the Deputación de Pontevedra in 1982, and it is now living a golden age, after the restoration works and the museumisation of the complex

Thanks to María Vinyals we also know the story of the ghost of the castle, O Alemanote (The German). He was a man, born and educated in Heidelberg, who had been the tutor of a former owner’s nephew. According to the legend, he had a laboratory in the cellar where he discovered the formula to build the ultimate weapon which was going to help the Germans win the I World War. However, before carrying out his plan, he died after suffering a terrible fall from the horse. One day, a journalist of the time visited the castle, invited by Vinyals and the doctor Luria. He saw the ghost, who told him the story, and the journalist agreed to the ghost’s request of destroying the formula. 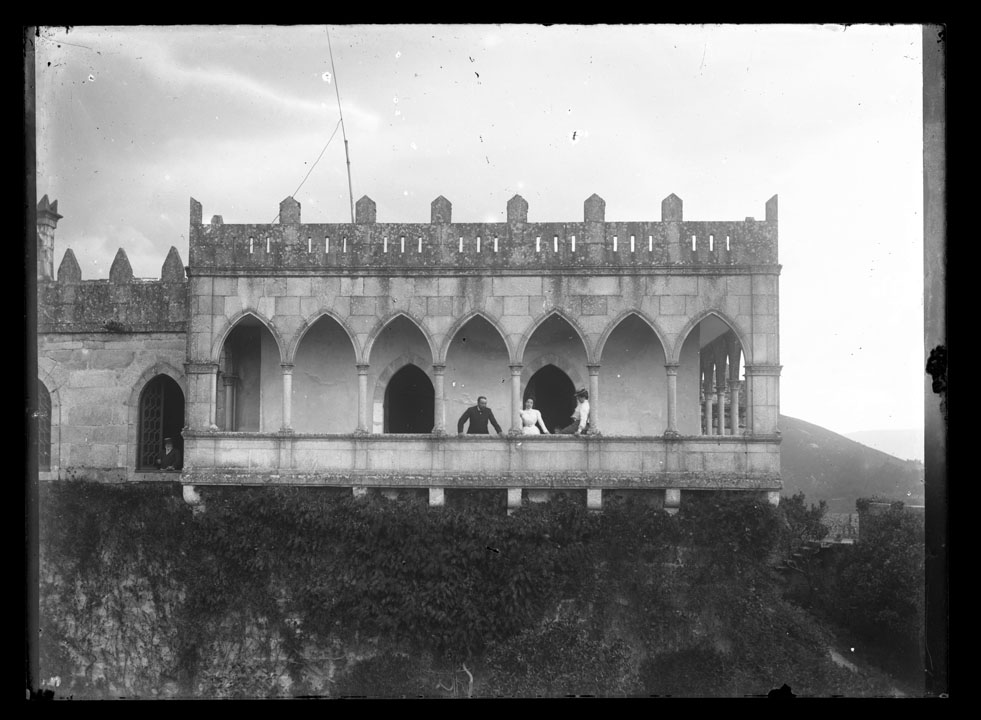 The fortress was put up for auction in 1917, and in the following decades, it went through a period of decay. Finally, after several sales operations and its progressive deterioration, it was acquired by the Deputación de Pontevedra, which would undertake a complete restoration. These works included some alterations to the Galería de Damas, to make it suitable for visits, by building a viewpoint over the parade ground.

Today, the Soutomaior Castle is living a new golden age, and the museumisation of the inside of the castle will turn it into an even more appealing attraction. Every year, it is visited by an increasing number of people and is on the way to become an international hallmark for tourism. It is a symbol of the fortified heritage in the province of Pontevedra and the destination Rías Baixas. To be continued…